A downloadable game for Windows

You were in a situation that many post-graduates found themselves in, degree on wall, parent's house, everywhere seem to think your degree is just as useless as you do. The uniquely disparaging Quarter Life Crisis has came to you in full force, and you have been left with nothing to do..

And when university has set us up for unreal expectations of the future, there's only one thing left to do..

Through insane luck or divine magic, you've received your acceptance letter to Vanaheim
Home of the Vanaheim Institute of Magic and Technology

There's only one problem, you're distinctly lacking in the magic department. In fact, this is the first time you've become aware of magic's existence.

The internet as a whole was a huge inspiration for this game, We tried to set out to do something new that hasn’t been done in visual novels before by giving people an open world and focusing on character types and personalities that people really see in the modern day, instead of typical archetypes.

We aren’t afraid to talk about issues like mental health, toxic masculinity, issues of self-identity and discovery, and the more complicated nuances of relationships. The candid and straightforward nature of the game is part of the reason I decided to reach out to you.

The people who play the game really connect with it, and I want to have more people take a look and hopefully get the same impact from the game that the game and the community around it had on us.

Judging by how god damn THICC most of the characters in this are I expected a sex scene every five minutes but instead I ate some coochie from someone I thought was supposed to be a guy and am now involved in a dysfunctional friend group. Good game.

Pov: you thought this VN would never be free, yet again it is 100% OFF

I decided to download this game out of boredom because hey, it's free, why not? What I didn't expect was to be drawn in by the allure of this game. This game is an absolute treat from being sweet and down to earth all the way to entertaining chaos. I'm scared I'm hooked

there's bugs in this novel. Is it getting fixed anytime soon?

FYI the game is free at the moment so no need to spend anything for volume one if you want to try it out.

you are on a site that is KNOWN for content like this and all you have to say is that? Oh sorry it wasnt worth your time your MAJESTY everything should be cather to your MAJESTY trash opinion i guess.

I don't care either..

care enough to come back for second i guess? But i dont care that you dont care someone need to tell you that even if you try to ignored it

But Also I can say that people are what they talk about others.

I'm only at chapter one but I love the game way more than I expected even if I didn't see any adult scene yet. Absolutly worth it

Hi, I enjoyed your game but how can we save our progress, please

lack of steam key doesn't allow me to claim the second one...

So stupid qyestion here, but is there a list of keybord cammands for the game?

Probably not, but if there is then i don't know

I don't know if have other commands but those appear after the 1st or during the second day.

a is auto text

I don't know if have other commands but those appear after the 1st or during the second day.

This is most likely a file explorer issue (or your OS's equivalent)  A file path can only be so long when written out.  (example, C:/Users/YourName/Appdata/roaming/SoOnSoForth) try moving the game to be extracted somewhere with a shorter path name, like desktop, downloads, or C:/games (you may have to manually make this folder, however it wont harm your computer to make)

how do i save my progress

Well, the 100% off special let me know that I definitely would have been disappointed if I spent a single dime on this.

If no one minds me asking is there an android version

no it just didnt wor

Could this run on window 6

Really interesting story, and characters have a lot of depth, I just feel like it shouldn't be sold as an adult game. At least, that shouldn't be the selling point. There's only one adult scene, it looks like the rest were removed or moved to later chapters, according to how the story flows. It does have some freedom for choosing your own path, but, as tradition for a multi-part CYOA, it ends the exact same way each time. That's not a negative, as a writer I understand why it's like that. I can't access the discord, otherwise I'd love to talk about this game more.

Could this work with joiplay

Will there be a android version

I think the artist is Gillpanda.

Hi! Sorry to bother you with this, but... Can I ask something? Is there any NSFW scene in this game? Because it's kinda my cup of tea...

Yes, but it's only in some especific moments of the game, it's not all the time

ive played through the first and second chapters, this is definitely not the game to go if you want lots of sexy times

i clicked on it multiple times

I love this game. from the start of the game i thought " oh another NSFW harem game labeled as a 'dating-sim' where your choices mean nothing" but getting deeper into the game i found that i didn't come for the sex scenes (which in and of themselves aren't the best but i digress) but for the story which leaves you itching for more. first time playing i went for a po route because i though " haha funny kangaroo dog cat thing " but i found out his story was so much deeper after finishing his route ( in one night i may add ) i turned off my pc and went to sleep, next day i went to go and look for the second chapter and found out it cost money, which i didnt mind spending because the devs made a amazing game i do a play through that maybe last 4 ish hours but instead i do kaj route ( because he is best boy of course ) and it seems as if the 2nd chapter felt shorter than the first and i was more or less disappointed story was ok but felt rushed but the next day i get back on and decide im going to get my money worth and get EVERY SINGLE ENDING... best choice i made while playing this game because after doing po route after kaj i felt like the dialogue changed for (imma put reacted because i dont wanna spoil) so i went to test this by doing tsitsi route which confirmed my suspicions so in that day i got 4 out of 7 of the character routes and the next day finished it and the ending ( while a bit confusing and fast paste ) was amazing but after finishing the game a white screen poped up which ( i dont remember what it said i think it just said 'familiar travels' ) made me kinda cry because i knew there was not going to be another installment which was sad. the only game that made me feel the way i did after playing this was undertale. but its sad knowing more isnt coming as if your in the discord everything is quiet. so yes the game for chapter 2 cost but its a great ivest ment i think you should buy and thank you devs for the amazing game

When I interact with Tsitsi in the Dorm on Day Seven, I return to my room and the same event is still in her dorm.  Shouldn't this advance time?

I feel like iv been blue balled because I loved the story but when I found out the 2nd chapter costed 10 bucks I felt so disappointed.

ok this game is the best game i've seen thats 2d. its fun and memorable, and changed is only slightly better then it

I tried this game out yesterday, and boy do I love the soundtracks in it! The story was excellent!

Human as far as I know

wonder how long this 'loading tyrano script' will take...

The game isn't what I expected it to be. I love the idea but it feels like I am not part of the experience which for me is the main point of a game like this. I also wished it would have more personal  custom character traits like being a furry or not and a gender choice as well. Those might be peeves but it will make it harder for future builds of the game if there is much customizing for the player. the NSFW stuff is kinda sad as well. From everything I said already would fix a good amount of the problem but it also should have more. I am ace and the NSFW in this game is more dry then my sex life XD (joking since I don't have one). Over all for anyone interested in this game please read other comments as well and know that this game doesn't have much to offer for most things it's trying to target.

To be honest, the game presents itself as more than it actually is, is not really an open world and is not as deep as it says it is. The game is still enjoyable nonetheless.

dowloaded to try it out and dont even see the game to play. theres this tyrano thing but that does absolutely nothing (Mac) 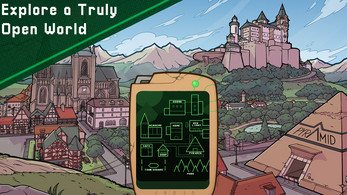 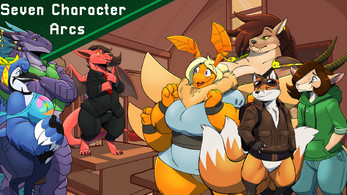 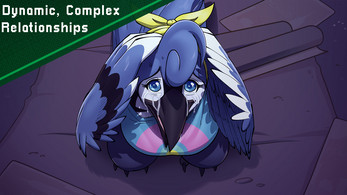 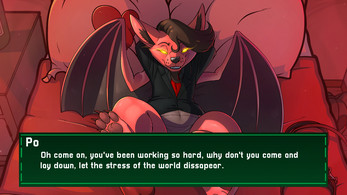 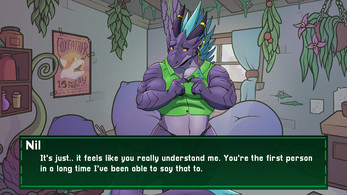